Example 1: Your child wakes up on Saturday morning and goes to the pantry to prepare a large bowl of sugary cereal then he plops down in front of the TV to watch an hour or two of mindless cartoons. After that, he jumps onto the computer and isn’t seen again until almost dinner time (except for the few times that he wanders into the kitchen to get a bag of chips or a can of soda). At no time did your son participate in any form of exercise or activity nor did he consume any food that would be considered even remotely healthy.

Example 2: Your 14 year-old daughter comes home from school each day and does the exact same thing every day. She changes clothes then walks over to her friend’s house next door. She usually isn’t seen again until dinner time, at which time she comes home, scarfs down a microwavable meal, then returns to her friend’s house until later in the evening. She has no other friends and doesn’t participate in any activities or sports. She does the same thing (“hanging out”) every day with the same friend.

5. Parents are not on the same page

Example 1: You and your spouse have no firm rules for your children regarding anything. You tend to be easy-going and passive with regards to discipline while your spouse is more strict and demanding. Discipline and rules are inconsistent and are determined by the mood of the parent that is in charge at the time.

Example 2: You and your spouse tend to disagree on most issues related to the raising of your teenage daughter. These disagreements cause a lot of tension in the marriage and often escalate into major arguments. Your daughter is now learning to pit the two of you against each other for her own benefit.

6. Not following through with consequences

Example 1: Your child is refusing to do his chore and is instead sitting in his room playing video games. He refuses to stop playing and becomes belligerent each time you ask him to do his chore. Instead of addressing the issue then and there, you instead respond with, “Just wait until your father gets home!”

Example 2: Your daughter comes home an hour late from a friend’s house and says that she just “lost track of time.” She is supposed to be grounded when she comes home late but you instead decide to “let it slide” because she has had a rough week and you simply don’t want to have to deal with it.

Example 1: Your son has been hanging out with a new group of friends that he has been hesitant to introduce you to. He has also been secretive about his activities and has recently quit his high school soccer team without explanation. He has been dressing differently and often appears to be “spaced out.” He is much more irritable than usual and has become isolative while at home. You chalk it up as “just a stage he’s going through” and decide to ignore what is happening.

Example 2: Your seven-year old daughter has suddenly started to act out with tantrums and screaming fits. She used to love to play over at her friend’s house next door, but she now makes up excuses to avoid going over there. She has said several times that she doesn’t like her friend’s twelve year-old brother because “he is mean.” Your daughter was just sent her to the principal’s office for making inappropriate sexual comments to another child. Your daughter has also starting wetting the bed again. You don’t seem to see a connection between all of these new behaviors and you assume that your daughter’s friend is a bad influence on her.

8. Not allowing your kids to be kids

Example 1: You are driving down the street with both of your young children in the back seat (buckled in, of course). They are both giggling and making odd noises that are really quite annoying, yet harmless. You turn around and yell “Stop it!” several times.

Example 2: You have a daughter that takes dance classes and plays two instruments. Everyday after school she spends an hour practicing her violin then another hour practicing piano. She goes to dance class three times per week and has chores that she must complete each day. Every weekend she must go to church and she also participates in Girl Scouts every Tuesday night. She has no interest in any of these activities except for being a Girl Scout. She has very little free time to do the things that she wants to do with her friends.

9. Setting a poor example / Being a poor role-model

Example 1: Your daughter misses the bus on her way to school and it is now your job to get her there. Though frustrated, you throw on a pair of slippers and a jacket then proceed to warm up the car and pull out of the driveway. Despite being in a bit of a hurry, the car in front of you is moving along slower than a wounded dog. You begin pounding on the steering wheel and blurting out all kinds of insults and obscenities at the driver in front of you. The slow-moving car ends up turning at the next intersection and you are now free to accelerate to a more acceptable speed. Soda cans and beer cans can be heard rolling around on the floor in the back seat every time you make a quick turn. You remind your daughter to put on her seat belt, but she protests and points out the fact that you aren’t wearing yours. You respond by rolling your eyes, shaking your head, and lighting a cigarette butt from the ashtray.

Example 2: Your spouse comes home later than usual from work and you are upset because you had a nice dinner planned. As soon as he walks through the door, you yell at him and ask him where he was. He tells you that he had to work late and was unable to call because he was in a meeting. You don’t believe him and to show your frustration, you take his plate of food and shove it down the disposal. You then stomp your way up the stairs and slam the door as you make your way into the bedroom. You refuse to speak with your spouse for the rest of the night. All of this was done in the presence of your children.

The parenting mistakes you’ve just read about can occur for a variety of reasons (poor judgment, lack of experience, lack of effort, ignorance, etc.). It is important, however, to distinguish between parenting mistakes, and full blown neglect or abuse. A mistake is something that is not done intentionally or with malice where as neglect and abuse are the opposite.

This article was reprinted with permission. Visit the author’s website for more articles and free email subscription.
http://www.parentcoachplan.com 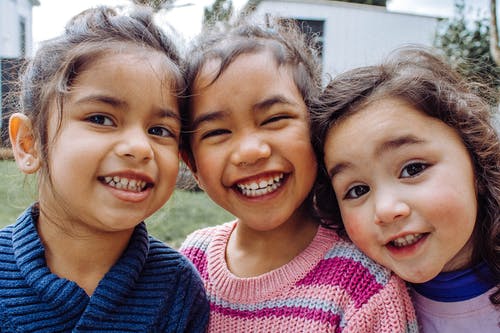